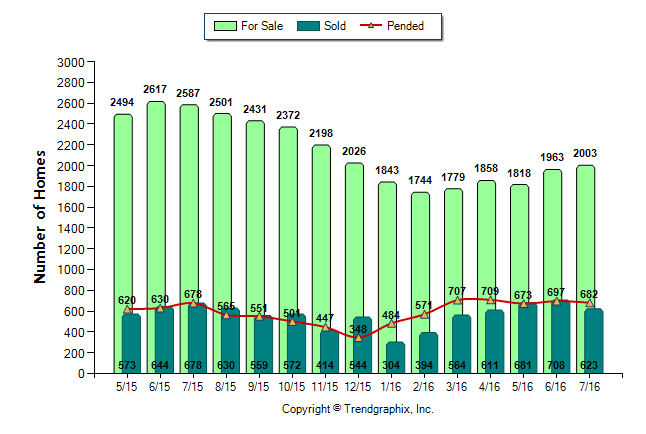 A lot has been said about the “hot” housing market in Northern Kentucky but what does that really mean?  I’ve attached an interesting chart with data provided by the Northern Kentucky Association of Realtors.   Let’s look at July 2015 vs. July 2016.  In July 2016 there were actually 55 fewer homes sold than the same month last year which would make it seem like the market really isn’t that hot.  However, there’s another piece to the puzzle and that’s the number of homes on the market.  In July 2016 there were 584(23%!) fewer homes for sale with basically the same number of buyers.  As a result, homes were selling fast and creating the perception of a “hot” market.

"Steve was fantastic to work with and I would highly recommend him. He was available, knowledgeable about the market and when it came to finishing our sale he was a tremendous negotiator. With Steve's help we went from listing to closing in under 30 days. To top it off, Steve saved me a significant amount of money because of his flat rate for listings rather than taking a percentage. If you're looking for a great realtor give Steve a call!"

How do I get started?